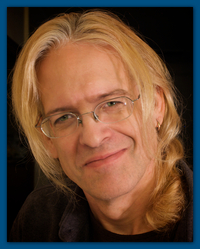 Richard Due has written The Moon Coin.

1. What is your name and where do you call home?
Hi. I'm Richard Due, and my home is in Southern Maryland.

2. Do you have a pen name?
Well, it's funny you should mention that. You see, two of my friends have recently taken to referring to themselves as Snerliff and Twizbang, who are two wyfling characters from my series. (Wyflings look like child-size otters, only with helmets, cloaks, and lances. Though easily alarmed, they can get awfully feisty when the chips are down.) So, when emailing these friends, I've started signing my name Ebb—another character from the series.

3. What is the name of your most recent book and if you had to sum it up in 20 or less words, what would you say?
My debut book is The Moon Coin. It's the first volume in the Moon Realm Series. And if I had to put it down in twenty words, I'd say it's about two siblings who grow up listening to their uncle's fantastic bedtime tales, only to find out—once he's missing!—that they may actually be true.

4. Do you have plans for a new book? Is this book part of a series?
I've finished The Dragondain, which is book two in the Moon Realm series. My editor is taking it through final edits, and I'm currently making my first editing pass on book three, The Murk.

5. What or who inspired you to start writing? And how long have you been writing?
I started writing stories in the third grade. I wrote my first novel when I was seventeen. As a talky child, I learned very quickly the worth of a well told tale.

6. Do you gift books to readers for book reviews?
I sure do. It's a great way to get a review. I think it's the least I can do for someone willing to take time out of his or her busy schedule to write a review, even a short one.

7. How did you come up with the cover? Who designed the cover of your book?
Carolyn Arcabascio illustrated The Moon Realm. Not only did she create the cover, but she designed twenty-two pieces of chapter art. I lover her compositions, and I think her color palettes are sublime. She has this uncanny ability to place complex emotions onto the faces of fantastical creatures. Take Chapter Six, The Ridgegate, which shows Greydor, a Rinn (think cat-sized horse, but with larger eyes), looking over a parapet. He looks old, worried, tired, and yet strong and capable. How does she do that!

8. How did you come up with the title for your book?
It was a long process that could have been much shorter. Over the six-and-a-half years I wrote it, I tried out many different titles, but none of them felt right. Even between queries with agents, it was changing. Six years into the process, I remarked to my wife that the original folder name for all my project files in was The Moon Coin Project. And she said, "You know, that's always what I thought you were going to name it, minus the word Project." And that was that. She named book two, too.

9. Is there anything you would change about your book? And why?
I'm a firm believer that, given time, I can improve anything I've written. The trick is, I only have a limited amount of time to put into my writing. So, the answer is I could easily change any or all of it, just for the sole purpose of improving it.

10. Do you have a book trailer? And what are your thoughts on book trailers?
I had no plans to have a book trailer. But, about a year ago, my then twelve-year-old daughter made a book trailer for Tunnels, by Roderick Gordon and Brian Williams. She used the website Animoto to make it, and when I saw it, I was just blown away. A year later, I let her go to town. Which she did. About trailers in general, I think they're a fun new way to reach an audience at a time when they might not otherwise be thinking about books.

11. Do you prefer e-books, paperbacks, hardcovers or audiobooks?
I prefer a hardcover, unless I'm traveling light.

12. Are you a self-published / Indie author?
Yes I am. I co-founded Gibbering Gnome Press, A Division of Ingenious Inventions Run Amok, Ink, and we plan to publish all the Moon Realm Novels there. And who knows, maybe some other works as well. Time will tell.

13.   Have you ever read a book more than once? And if so what was it?
I have reread a ton of books. I've been on a ya frenzy ever since I started writing The Moon Coin, but I've been trying NOT to reread so much lately. Still, some books are just too irresistible. Among them: all Terry Pratchett's Tiffany Aching books (at least twice); all the Potter (except for HP7, but it's on my list); and the Amber Series, by Roger Zelazny.

14.   What book are you reading at the moment? And in what format?
I'm reading a trade paperback of Leviathan, by Scott Westerfeld. And I highly recommend it, no matter what genre of ya you're currently absorbed in. I'm also reading Chess Garden by Brooks Hansen, which is not ya. And on the non-fiction front, I plan to read the new Steve Jobs biography by Walter Isaacson when it comes out later this month.

15. Do you have any advice for other writers? And what’s the best advice that you have been given when it comes to writing?
Write. I say I write every day, but that's not always possible. However, I never miss more than two to three days in a month, and it's not uncommon for me to go several months without missing a single day. The best advice I've ever had was something I overheard: "At the end of the day, if the scene doesn't have the ring of truth, then you can't move forward until it's fixed, cut, or replaced." And it's so true. If it doesn't feel real to you, then it won't feel real to the reader, either. I know I write fantasy, but for me it has to be realistic fantasy. ;) 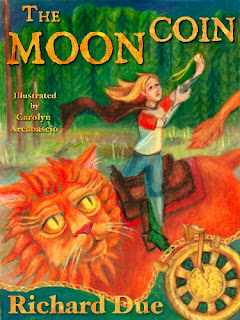 Thankyou so much for taking the time to do this interview and allowing us a glimpse into your writing world!
Posted by Rai29 at 16:49